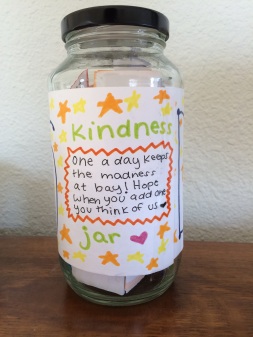 Karma: acting by skill instead of likes and dislikes

A karma means a deed: anything we initiate, whether a deliberate thought, a few casual words to someone, or a physical action. All actions have their effects, and the intentional ones change our character and thus our future most powerfully of all.

There is a choice between what the Buddha called dark deeds and bright deeds. With mindfulness you can put energy into certain mental impulses and withdraw it from others; you can let some impulses express themselves in action, and restrain yourself from acting on others. This is Buddhist ethics, an ethics based in your knowledge of mental states, which offers the choice between skilful actions, the bright deeds, which genuinely benefit one’s self and others, and unskilful, dark deeds, which cause harm and distress.

The consequence of the basic negative impulses of craving and aversion is that things go wrong, and life becomes unsatisfactory because the world does not match your wants. This is how unskilfulness is defined in Buddhism: it comes from craving or aversion, and it leads to frustration and misery. By definition, unskilful actions harm yourself and others. Skilful actions in contrast come from open and loving states, and lead to benefit and happiness.

The first stage of a Buddhist life is to move the seat of government from the likes-and-dislikes polarity to that of skilful and unskilful, the criteria of Buddhist ethics. You restrain the craving, the clinging, and the other self-protective responses, and you see whether you can stop yourself turning those mental responses into harmful words and deeds. Instead, you practise friendliness, compassion, stillness, awareness and so on.

This does not mean a swap to not doing what you want to do and doing what you dislike. Skilful/unskilful are categories of a different nature from like/dislike. You are choosing on the basis of skilfulness instead of giving in to the habits of protecting a precarious identity, and a skilful choice can be tough, but it is often delightful. It can be very skilful to do what you like, and pleasant experiences are often the consequences of previous skilfulness. Ruling your life by always choosing what you like, hedonism, leads to disappointment and selfishness. But ruling your life by what you don’t like is religious asceticism, a practice the Buddha tried before his awakening, and emphatically found did not help. He reflected: ‘Why am I afraid of such pleasure?’ Then he explored the delights to be found in a clarified human mind – a skilful mind.

Karma, action, has tangible consequences, according to Buddhism. Why is it that one notices some things and not others? And why is it that some things are liked and some disliked? The reason is said to be past karma: the decisions we have made, the habits we have entrenched, perhaps in previous lives, in short all our seeds of ethical and unethical actions; these give significance to our current world, and determine what we notice and what we do about it.