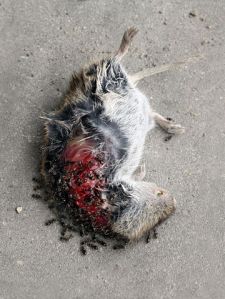 Do you think we can make Buddhism sound too positive, pandering to a need for reassurance that everything is rather lovely, really?

Bhikkhu Bodhi’s 2016 article ‘The Transformations of Mindfulness’ (1) is on the gradual leaching of central Buddhist priorities from Western Buddhist and mindfulness teaching. He acknowledges that coming to terms with one’s life, even delighting in it and dealing with various destructive habits through present-moment mindfulness is a very positive thing. But it leaves out the centrality in Buddhism of seeing through the defects of Samsara (unenlightened experience) and renouncing them, on the traditional basis of unfashionable/non-scientific viewpoints including karma and rebirth. He makes a number of points, but one of them in particular struck me. He says that some modern Western Buddhists and mindfulness teachers:

‘see impermanence as imbued with positive significance. They admit that clinging to what is impermanent brings suffering, but take this connection to mean, not that one should renounce the impermanent in favor of the imperishable nibbana, but that one should learn to live in the world with an open mind and loving heart, capable of experiencing everything with awe and wonder. The practice of mindfulness thus leads through the door of impermanence and selflessness to a new affirmation and appreciation of the world, so that one can joyfully savor each fleeting event, each relationship, each undertaking in its wistful evanescence, unperturbed when it passes. This attitude, though it has some resonances with Zen Buddhism particularly as expressed by Thich Nhat Hanh, is quite at odds with the Buddhism of the Pali Canon, the tradition from which mindfulness meditation originates. In classical Buddhism the fact of impermanence is viewed as a sign of deficiency, a warning signal that the things we turn to for happiness are unworthy of our ultimate concern. As the Buddha says: ‘Conditioned things, monks, are impermanent, unstable, unreliable. It is enough to be disenchanted with all conditioned things, enough to be dispassionate toward them, enough to be liberated from them.’

How do you feel when you read this? On the one hand I rejoice in that Zen-style open heart, and perhaps want to hunt the Pali Canon for contrary references. Or perhaps the early Buddhist approach is now out of date? On the other hand, my tendency to want to present Buddhism in these reassuring terms perhaps does it a disservice, partly because I am complacently content to keep my Buddhism on that level of successfully adjusting to the vicissitudes of life, finding joy and satisfaction in the ordinary, and pretending to myself that the full outcome of Dharma practice is no more than that.

I’ve also reflected on this in relation to a very different tradition: Tsongkhapa’s inspiring threefold summary of the path from the very beginnings of the Tibetan Gelugpa school (2). It is simply

To be frank, I’m rarely willing to renounce, I resist the embrace of the compassionate Bodhicitta, and I sidestep perfect vision of what is really going on. It’s easy to say this, but am I prepared to face the consequences of my habits of avoiding, and change my ways?! A chink of light is that I feel even more excited when I encounter Dharma teachings that oppose my customary approach than when I find teachings that encourage it. Is it not exhilarating to have your opinions exposed and convincingly overturned?