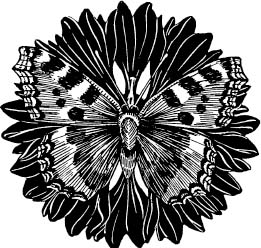 Through the nineteenth century, Western science gradually disengaged itself from Christian religion, and scientists set themselves up as rivals to churchmen in interpreting the world. Nevertheless, religion remains a force in our culture, and some scientists detect a spiritual vacuum in their own hearts, turning back in hope towards religious traditions, at least for their own personal solace. Yet to answer one set of needs through a religious allegiance, and a separate set of needs through the discipline of science leaves a frustrating split, despite Stephen Jay Gould’s recommendation that the two should be confined to “non-overlapping magisteria”.[1] David Barash joins the club of those scientists wanting science and religion to be at least on speaking terms with each other, better still to marry.  His arranged bride for science is Buddhism.

Thus he proposes a “Science Sutra… [in which] not-self, impermanence, and interconnectedness are built into the very structure of the world, and all living things — including human beings — are no exception.… It can help animate — more precisely, humanise — this otherwise cold and dreadful skeleton of rattling bones”. (Pages 27-8. The image of science as a rattling skeleton is from Bertrand Russell.)

Barash is a psychology professor at the University of Washington who has been active in the field of peace studies, but by training he is an evolutionary biologist, and it is biology in particular that he wishes to give a Buddhist flavour. He is an avuncular and jaunty writer, and this being his 33rd book, you can see that his publishers give him some leeway. He admits that they wanted him to discard altogether a chapter that tries to add existentialism to the mix, and they’ve left him to his own devices to the extent that the Buddhist sections are riddled with, mainly minor, errors of fact and spelling. As for science, he discusses genetics, ecology and neuroscience as well as evolution, and he is on pretty firm ground here, though some mistakes do creep in – including the howler that Newton discovered the second law of thermodynamics (page 58).

An enthusiastic Buddhist for most of his life, Barash’s chief inspiration is the Vietnamese Zen teacher Thich Nhat Hanh. Thus, along with impermanence and non-self, the main Buddhist concept he wishes to apply to his biology is interconnectedness, all things linked in a dance of mutual dependence, a teaching that Thich Nhat Hanh adapts for modern audiences from Chinese Hua Yen Buddhism. Ecology, too, demonstrates that organisms and their environments constitute a net of mutual dependence.

Buddhist teachings argue that anything which depends for its state on external factors must change when those conditioning factors change (anitya), and if no part of that thing is immune from dependencies, then to identify any essential protected nucleus of self must be mistaken (anatman). In biology, impermanence is the rule, and evolution superimposes long-term inter-generational changes on the short-term developments undergone by every organism, so that only the genes themselves are (according to Barash) comparatively stable. My impression here is that Barash’s popular writing has not yet caught up with advances in genetics that he must surely be aware of. The gene as an almost fixed sequence of bases in DNA that codes for some detectable feature of an organism is only one component of inheritance. Genes interact in complex ways determined partly by environmental influences, events can switch genes on and off according to circumstances, and survival-enhancing features innovated by a parent can pass to its descendants without changes to the genetic sequence. As I was reading the book, there was news of research showing that mice taught to become frightened when they smelt cherry blossom could pass that fear to offspring they had no contact with: the genetic basis of the offsprings’ smell receptors had changed as a result of their parents’ experience.[2] A process like this is termed epigenetic, and epigenetics increasingly seems to be a significant factor in evolution.

In highlighting anitya and anatman (just two of the traditional three marks), and then adding interdependence, Barash is already reframing Buddhism according to his own preferences. As well as downgrading the third mark (duhkha, suffering), he adds pratitya samutpada, which is indeed basic to a Buddhist understanding of human experience, though it is incorrect either to translate it or to sum it up as only interdependence. It refers to an understanding of how the apparent entities that we single out from our experience come into being and pass away, as well as how they relate with other entities in the present moment. (The Present Moment, incidentally, is the name of Barash’s campervan, named so that he can sometimes claim to be “in” it.)

Barash is happy to modify traditional Buddhist teachings, if the results serve the needs of his audience: modern Westerners who have confidence in the findings of science. Thus he would ditch many of the practices of Eastern Buddhists (he rather condescendingly views them as naive and superstitious), and many of the teachings of what he calls “originalist” Buddhism. Someone has drawn his attention to David McMahan’s The Making of Buddhist Modernism, and since it is effectiveness and accuracy that motivate him, he is more than happy to confess that his grasp of Buddhism has come largely from the interpretations and revisions of westernised Buddhists. In fact he goes further, seeking to delineate what almost amounts to his own new religion, which he calls Existential Bio-Buddhism.

I think that this is fine, and it is very gratifying to see a popular scientist sharing an enthusiasm for Buddhism with his readers. Those whose interest is piqued can track down teachers and writers with a stronger basis in Buddhist traditions, and a deeper experience of practising them. But it is disappointing that he lacks the curiosity to further explore the aspects of Buddhism he is tempted to dismiss. (The “arrant nonsense” (page 11) of rebirth, for example, he explains as a “silliness about [transmigration of] souls” (page 138), and concludes that Buddhism must be “muddled” to teach both rebirth and anatman.)  One day, through a more daring dialogue than Barash risks, the interpenetration of Buddhism and biology is going to yield exciting fruit.

How is his biology informed by Buddhism? He uses it to speed up the defeat of essentialist and Platonic ideas in biology, and to support engagement with environmental issues, with its visions of interconnectedness and non-violence. Evolution confirms a kinship between humans and animals, hence a sense of solidarity with other forms of life, and a valuing of the natural world around us. Evolution and Buddhism also similarly agree that human beings are not special, indeed none of us as an individual ego is special either. In return, Barash is happy to contribute a conventional critique of Buddhism from a materialist scientific standpoint.

What other fruit could the dialogue yield?  What interests me most is the mind as an evolved phenomenon. From a human point of view, which is the only viewpoint we have access to, the degree and scope of our awareness is unparalleled in the natural world. Somehow we have come to the ability to reflect on our own experience, sometimes holding the stream of our consciousness in the illumination of mindful awareness. And we can enhance our level of consciousness through working on the mind with the mind. Perhaps as a consequence of this reflexivity, we seem largely trapped in a sense of separation from the world, a subjective me peering out at its hostile or alluring surroundings, always other. The teaching of pratitya samutpada states that this consciousness is dependently arisen, i.e. we can come to comprehend the evolutionary processes which gave rise to human consciousness, and thus understand our own minds better.

I feel that this understanding will not be well served by insisting on a materialist standpoint, as Barash and most scientists of standing do at present. Materialism seems to me to be primarily the rotting corpse of an old European debate, a debate that concluded first that mind and matter were two entirely distinct substances, and later that matter was the one real substance that made up everything in the universe, so that mind is nothing but patterns of electrical and chemical processes in the brain. The three truths that Barash imports from Buddhism – impermanence, not self, and pratitya samutpada – undermine such strict bifurcations as that between mind and matter. And I would say that honest reflection on experience doesn’t allow one to agree that awareness is illusory.  Like the objective world, the subjective or “inside” pole of experience must have arisen through law-governed causal sequences that can be understood. This is true of the whole range of minds found amongst animals, human and nonhuman, as well as this particular fleeting event of awareness that is my present moment. Buddhism wants to find evolutionary explanations (using the term ‘evolution’ in a general sense, not just as Darwinian natural selection). Buddhism has an evolutionary vision, as does biology. Biology is particularly interested in the evolutionary history of consciousness, Buddhism teaches its evolutionary potential, the further development of consciousness through contemplative methods.

Once mind or awareness is taken seriously as a genuine (though not substantial) phenomenon, we could consider its importance in the lives of animals as well as humans. It has arisen through evolution by natural selection: did its presence have any effects on the process of evolution? (Recall interdependence.) One possibility is through the Baldwin Effect, whereby innovative behaviours by animals (and behaviours have a mental origin) can propel them into new environmental niches where fresh selection pressures apply. For example, the Galapagos finches which now instinctively use cactus thorns to extract larvae from tree branches could not have started with a mutation for the behaviour – it is far too complex – they must have started with the novel behaviour, then passed it on through learning, until its different components were gradually selected for in the genes.[3]

Then there is the last of the three marks, duhkha or suffering. Entrenched views don’t just inhibit scientific progress, they may also inhibit compassion, and even promote antisocial practices in science, from cruelty to animals to environmental destruction and involvement in the technology of warfare. I think that an acceptable ethical framework, to be discussed and adopted by scientific communities, has its most likely origin in Buddhist ethics, a natural ethics based in intention and the consequences of behaviour rather than in scriptural commandments. Currently, scientists tend to govern their work with one eye on the law and the other on public opinion, but with little genuinely humanitarian ethical guidance.

Barash gives the impression of being an ethical man, and perhaps in a future work he will attempt to apply Buddhist ethics to his science. It may be for others to investigate how a fresh view of mental processes and their role in evolution, stimulated by Buddhism, could open up new avenues of research, as well as more creative ways of interpreting experimental results. More generally, Buddhism suggests a very open and provisional approach to concepts such as the gene, the species, and the individual organism. Constant reminders of impermanence, not self, and pratitya samutpada could release the creativity of scientists when they are entrenched in the “normal science” stage of struggling to fit research results into outdated theories, unwilling to let go of time-honoured biological concepts.

I would recommend Buddhist Biology to readers whose main allegiance is with science. It provides a friendly and engaging tourist guide to some of the features of Buddhism. We natives may chuckle at the guide’s simplifications and inaccuracies, but he points out impermanence, not self and interconnectedness; he shows how they apply to the biological sciences; and so he gives an authentic impression of Buddhism that may lead some of his readers to investigate it more thoroughly elsewhere, and to explore its practices in their own lives.