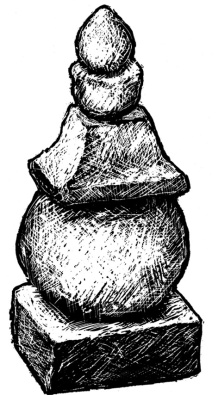 Some thoughts on rebirth, from Finding the Mind Chapter 2.

I expect you’ve heard that rebirth is part of the traditional Buddhist view. Most people tend to one of two extreme views on what happens at death. One is that you survive death, and the other is that you don’t survive death. You’d think that one or other of these must be true, but no, says the Buddha. There isn’t even a persistent entity, a self, during life, so there is definitely no soul that persists from one life to another. But yet the karmic processes that you have set in motion during your life, those seeds you have sown in the substrate, don’t simply vanish at the moment when the body becomes a corpse. Somehow they are still viable; they can germinate and have an influence over another person, newly conceived. More than an influence – the view is that a foetus growing in its mother’s womb can’t survive without some non-physical contributions from a previous life. So it’s not you that survives death, yet processes that have built up during your life do go on to have their own consequences in another future life.

The Tibetans take a special interest in what happens to consciousness during dying and rebirth. Some of the features of their accounts agree with modern near-death experiences, and with the accounts of children who say they can remember previous lives. So it could be that texts like the Tibetan Book of the Dead are based on genuine memories.[1] Or maybe not.

If your death is not sudden, they say, your awareness gradually withdraws from the senses one by one, hearing being the last to go. Your breathing stops, your heart stops, and your body becomes colder and colder. You may then have some sort of out-of-body experience, where you seem to be witnessing what’s happening to your dead body, including the peculiar responses of your relatives. Then ordinary awareness is lost, you fall into a deep swoon. After some time, a rather different kind of after-death awareness gradually emerges, starting with the dazzling lights of reality, either white or coloured.

The lights elaborate into complex hallucinatory visions, like a stream of dream experiences, including benign and angry ‘Buddhas’ (which one tends to shrink from unless one has a great depth of spiritual experience), and comforting images of various situations, or worlds. For a while you wander in a mind-made body through the landscapes of death. You feel most at home in one of the worlds, because the seeds of actions (karma) that you have accumulated suit you to that world. It feels like home, even if it is very unsatisfactory! So you zero in on a couple making love, say the rather lurid Tibetan accounts, then you sulkily squeeze yourself in between them, and go into another swoon as your consciousness and the other clusters of your personality hastily gather around the newly conceived embryo.

Carrying seeds from a previous life means that the child starts off to some extent with his or her own personality, with preferences, and perhaps with a disposition to be cheerful or moody, gregarious or solitary. It certainly doesn’t start off with the consciousness of an elderly adult, and it needs to begin afresh with gathering life experience. Some of the challenges it has to face may be constructed by karma, which guided it to that familiar territory it felt secure in before birth, but the popular idea that every talent or disability is due to previous life actions (karmas) is not correct: the Buddha rejected the view that all you experience is determined by your past actions. He explicitly stated that there are several strands of causation; karma is only one of them. The environment is another, so are factors influencing health, and there are several more.[2]

You don’t have to believe in rebirth to be a Buddhist, but it has been a pretty universal Buddhist viewpoint, and the Buddha argued against the materialist view, prevalent among scientifically minded people today, that consciousness is merely something produced by the physical body. No, he said, the body and consciousness are closely involved with each other, yet the momentum of consciousness pushes through the barrier of death. However, there is nothing that is reborn, no enduring substance, no Soul.

[1]  The Tibetan Book of the Dead, translated by Robert Thurman, Bantam, New York 1993.